With the recent run up in stock prices of Canadian cannabis companies, several publications have made comparisons of legal cannabis to the wild fluctuations in prices of cryptocurrencies like Bitcoin, when in fact, cannabis correlates more to being the next Internet. Bill Alpert, Senior writer at Barron’s wrote a piece entitled, “Marijuana Stocks Are the New Bitcoin”, published on September 21st, 2018. In the article, Mr. Alpert discusses how the stock price of Canadian cannabis company Tilray, Inc. (NASDAQ:TLRY) fluctuated wildly during trading several days prior to the article and he reasoned that the valuations of marijuana stocks are not supported by fundamentals and thus are as speculative as Bitcoin and other cryptocurrencies. Bloomberg made a similar claim using a video and Newsweek made the comparison to Bitcoin a couple of months prior. 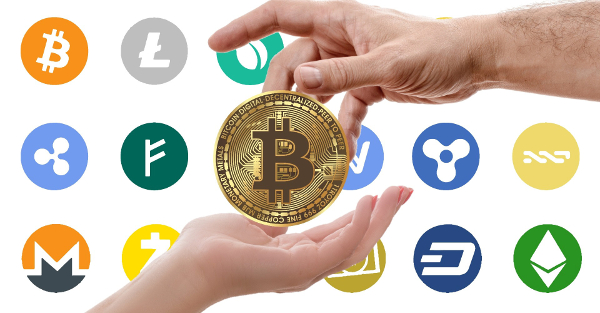 Sure, in the near term, some cannabis stocks are going to rise and fall in spectacular fashion but Tilray is not reflective of the strength and stability of the industry as a whole. I would argue that the dramatic rise in price Tilray and a few others experienced are more reflective of the pent-up demand by investors waiting to participate in a promising industry combined with the lack of cannabis investment vehicles currently in the marketplace. I believe that legal cannabis is a once in a lifetime opportunity. That is a big claim, and here are a few reasons why Cannabis and Hemp will actually surpass the Internet and is not the new Bitcoin.

The legal cannabis industry is composed of a growing list of strong companies run by highly skilled professionals. This solid foundation stands in contrast to the misguided excitement over fly-by-night crypto companies claiming to be the next Bitcoin or Ethereum. The short-term speculation versus the long term sustainability provided by an existing, built-in customer base is a big difference between crypto and cannabis.

Cannabis is a real, tangible product. It represents a massive opportunity as a result of the global economy gradually overcoming the stigma associated with the plant due to the international export of Prohibition by Mr. Harry Anslinger in the 1930s. This is in contrast to crypto companies where the majority of trading activity is driven primarily by pure speculation from miners and insiders.

As stated in my level set, Cannabis is not one industry but is really an investment ecosystem made up of diverse vertical markets that include medical, adult use, pharmaceutical, nutraceutical, ancillary, veterinary, and the sleeping giant… industrial hemp, which is potentially a trillion-dollar economic engine itself as a disruptive force in the global plastics and related manufacturing/consumer sectors.

Due to the design architecture of cryptocurrencies, Bitcoin, Ethereum and larger cryptocurrency companies represent a winner take all scenario. The impact of legal cannabis is vast and far reaching in terms of new job creation, social justice and reduction of crime by cutting out the cartels through drastically reducing their customer base. There will be tens of thousands, if not hundreds of thousands of successful cannabis ventures globally, with sound fundamentals, led by strong management. This equates directly to significant M&A activity as established, legacy industries begin to “roll-up” startsups, allowing them to stake a claim in the burgeoning cannabis marketplace. All positive ingredients needed for the creation of a robust sector within the US stock market.

Unlike cryptocurrency, which is founded on the concepts of decentralization and autonomy, legal cannabis is a highly regulated industry that directly benefits States’ infrastructure and economies via taxation and higher employment. In respect to the benefits to the stock market, the positive societal and financial benefits of legalized cannabis will continue to win over and retain the support of local and state government officials, further strengthening the long-term success of publicly traded marijuana companies in the public markets.

The impact of articles with sensationalized titles cannot be overstated and I hope that this letter helps to illuminate the true value of legalized cannabis to the US and global economy.