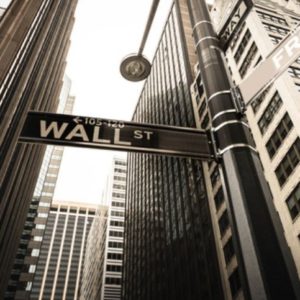 Yesterday, Altria Group, the parent company of Philip Morris USA,  maker of Marlboro cigarettes (AKA Big Tobacco) made a major investment into cannabis company Cronos Group, Inc. The investment was $1.8 billion (US)  dollars for a 45% of the company and an option to gobble up the remaining 55% over the next 5 years. This follows a wave of other M&A deals earlier this year including the mammoth $ 4 billion investment by Constellation Brands (AKA Big Alcohol) in Canopy Growth Inc.

So as of yesterday, two giant players in tobacco and liquor have planted their flags firmly in the cannabis industry. There is no better indicator of faith in the future growth of an industry than large investments by well-established, globally recognized brands. And these investments differ greatly from a traditional M&A deal to leverage economies of scale. This is about real disruption and the need for entrenched players to make bold moves to ensure the future livelihoods of their enterprises. They (liquor and tobacco) have shown their hands in regards to their concern and the need to stave off am explosive growth industry that is beginning to emerge as a massive force in the global economy.

This bodes extremely well for strong cannabis brands in the U.S. going forward because they currently remain insulated from the large competitors due to federal prohibition. In some respects, this is the inverse of the internet bubble in the late nineties. Instead of hordes of fly-by-night dot-com’s with zero revenue skyrocketing in value overnight and then crashing in spectacular fashion, you have cannabis companies methodically building real value while large potential acquirers can only sit and watch while mini-empires are built in large commercial markets. However, with the strong possibility of the Farm Bill passing and the potential signing of the States rights bill by President Trump, the table may become set for the largest M&A feeding frenzy in history. In other words, buckle up for a wild ride in 2019!

At my firm Electrum Partners, we have coined this large scale, once in a lifetime merger and acquisition phenomenon, The Big Roll Up.

Leslie Bocskor is the Executive Chairman of Electrum Partners, a venture development company in the legal cannabis industry. Please direct inquiries to the Contact form on our website.